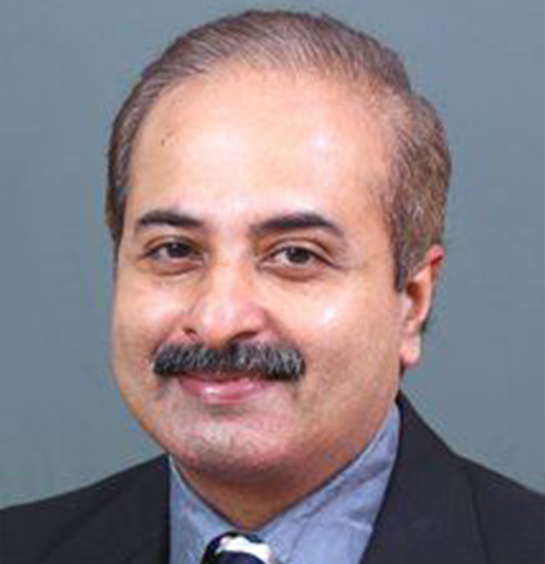 Dr. Harilal V. Nambiar is a highly-skilled and accomplished cardio, vascular, and thoracic surgeon. He holds an MBBS, Masters of Surgery (MS), and M.Ch. in Cardiothoracic Surgery degrees, as well as being a Fellow of the International Academy of Cardiovascular Sciences (FIACS). He is renowned for his expertise in adult and paediatric cardiac surgeries, as well as complex congenital cardiac surgeries, beating heart CABG, LV Aneurysm repairs, and aortic arch repairs and cardiac transplants. He is also well-versed in performing various complex valve repairs and replacements.

Dr. Nambiar has 25 years of extensive experience in the field, starting as an Assistant Cardiothoracic Surgeon at KMCH Coimbatore in 2000. He then joined Sri Ramachandra Medical Center, Chennai as an Assistant Professor in the department of CTVS, before returning to KMCH Coimbatore as a Consultant Cardiothoracic Surgeon in 2004. He later served as a Chief CT Surgeon at Silver Oaks Super-Speciality Hospital in Chandigarh from 2008 to 2010, followed by a role as Director and Chief Cardiothoracic and Vascular Surgeon at the Lakshmi Institute of Heart and Lung Surgery from 2010 to 2013. In 2013, Dr. Nambiar joined BMH as HOD & Senior Consultant in the Department of CTVS. He is currently serving as Medical Director and Head of the Cardiothoracic and Vascular surgery team at Almas Hospitals, Kottakkal, Kerala.

Almas Hospitals, Kottakkal, Kerala as Medical Director and Head of the Cardiothoracic and Vascular surgery team

Sri Ramachandra Medical Center, Chennai as Assistant Professor in the department of CTVS (2000-2004)